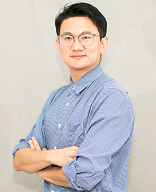 Dr. Shuyu Wang is an Associate Professor in Control engineering, Northeastern University at Qinhuangdao Campus in China. After beginning his career at NEUQ, he works on diverse areas, including soft robotics and computational biology. He also led efforts to design algorithms to automate sensor data processing. His recent work focuses on leveraging AI to gain insights from multi-modal sensing data for robots. He has co-authored over 20 scholarly research articles and received two patents. He was cited more than 200 times and with h-index 9. He has been invited to present at conferences in fields ranging from flexible sensors for soft robots to computational biology. He also serve as the editor for two academic journals.

Professor Wang received BE in Mechanical Engineering from Huazhong University of Science and Technology in 2013. He subsequently entered graduate school at Stony Brook University, SUNY, where he received PhD in mechanical engineering under the supervision of Professor Lei Zuo. After graduating, Professor Wang worked as an engineer at Globalfoundries in the frame group. Upon finishing his industry work, Professor Wang joined the NEUQ as an assistant professor in 2019. Currently Professor Wang leads a group consisting of 5 graduate students and several undergraduate. He taught two courses and guided undergraduate students, winning Second prize in Innovation and Entrepreneurship Competition.Professor Wang's research has been generously supported by grants from the the National Science Foundation, the National Science Foundation of Hebei Province, and Research Fund for Central University.