Abstract: Deep-Tech has matured sufficiently for many applications in society and industries and it helps in producing societal and economic benefits. Environmental services have been viewed as low-tech industry and young people tend to avoid. This talk describes the applications of deep-techs in this field, including three aspects: (1) autonomous navigation for street sweepers; (2) high-fidelity teleoperation; and (3) cybersecurity of sensors. We shall describe the deep-tech applications from systems point of view, pros and cons, and present a lot of implementations. Finally, we shall discuss the future of deep-tech applications to environmental services.

Biography: Danwei Wang is Fellow of IEEE, Fellow of Academy of Engineering Singapore, Fellow of AvH (Germany) and recipient of the First-Class Award of Shanghai Science and Technology. He is a distinguished lecturer of IEEE Robotics and Automation Society. He received his Ph.D degree from the University of Michigan, Ann Arbor, USA. Currently, he is a professor, School of Electrical and Electronic Engineering, Nanyang Technological University, Singapore. He is an Editor, IEEE IROS (International Conference on Intelligent Robotics and Systems) since 2019. He has published 6 books, 7 book chapters, 9 patents (5 published and 4 filed) and over 500 technical papers and articles in international refereed journals and conferences. 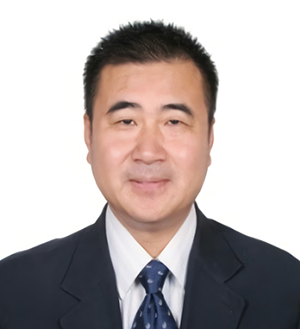 Abstract: Humans can complete a variety of complex tasks, even difficult acrobatic performances, depending on skill learning. It is the key to achieve multi task and cross task learning for robots that let them to learn skills from the three stages: cognition, association, and autonomy, just like our humans. This report first introduces the basic concepts of robot skill learning, focusing on skill teaching and imitation learning, cross modal analysis of teaching actions, construction of digital twin environment, transfer learning from sim to real scene, and skill enhancement methods in real scenes. Focusing on the robustness and generalization of sim-to-real transfer learning, the error of skill strategy between the virtual environment in the source domain and the real scene in the target domain is also discussed, and a method to enhance the robustness of skill transfer is proposed. Finally, the future development of robot skill learning is prospected.

Biography: Dr. Fuchun Sun is a full professor of Department of Computer Science and Technology and President of Academic Committee of the Department, Tsinghua University, deputy director of State Key Lab. of Intelligent Technology & Systems, Beijing, China. He also serves as Vice president of China Artificial Intelligence Society and executive director of China Automation Society. His research interests include robotic perception and intelligent control. He has won the Champion of Autonomous Grasp Challenges in IROS2016 and IROS 2019.

Dr. Sun is the recipient of the excellent Doctoral Dissertation Prize of China in 2000 by MOE of China and the Choon-Gang Academic Award by Korea in 2003, and was recognized as a Distinguished Young Scholar in 2006 by the Natural Science Foundation of China. He is elected as IEEE Fellow and CAAI Fellow in 2019, CAA Fellow in 2020.He served as an associated editor of IEEE Trans. on Neural Networks during 2006-2010, IEEE Trans. On Fuzzy Systems during 2011-2018, IEEE Trans. on Cognitive and Development since 2018 and IEEE Trans. on Systems, Man and Cybernetics: Systems since 2015. He was invited to make a plenary talk or keynote speech at the international summit ICRA2021, IROS2019, AAAI2021, etc.

Title: Autoencoder Then and Now

Abstract: Autoencoder (AE) as a unique machine learning technique, was proposed in 1985, which has found very successful applications in numerous different domains with impressive results especially in the Big Data era. AE algorithms and their applications will be presented thoroughly in this keynote lecture. Initially, a brief introductory overview of related concepts will be given. Then, different AE algorithms in the Euclidean space will be presented historically, which are generalized to Riemannian AE in the Riemannian manifold very recently and their typical applications will be discussed, including image set recognition and action recognition respectively.

Biography: Xiao-Jun Wu received his B.S. degree in mathematics from Nanjing Normal University, Nanjing, PR China in 1991 and M.S. degree in 1996, and Ph.D. degree in Pattern Recognition and Intelligent System in 2002, both from Nanjing University of Science and Technology, Nanjing, PR China, respectively. He was a fellow of United Nations University, International Institute for Software Technology (UNU/IIST) from 1999 to 2000. From 1996 to 2006, he taught in the School of Electronics and Information, Jiangsu University of Science and Technology where he was an exceptionally promoted professor. He joined Jiangnan University in 2006 where he is currently a distinguished professor in the School of Artificial Intelligence and Computer Science, Jiangnan University. He won the most outstanding postgraduate award by Nanjing University of Science and Technology. He has published more than 400 papers in his fields of research. He was a visiting postdoctoral researcher in the Centre for Vision, Speech, and Signal Processing (CVSSP), University of Surrey, UK from 2003 to 2004, under the supervision of Professor Josef Kittler. His current research interests are pattern recognition, computer vision, fuzzy systems, and neural networks. He owned several domestic and international awards because of his research achievements. Currently, he is a Fellow of IAPR and AAIA. 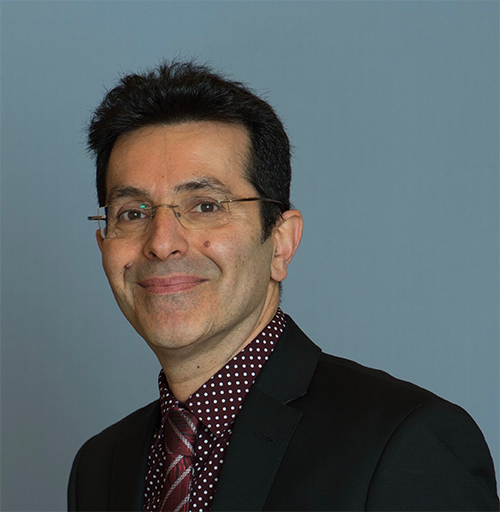 Abstract: Research and innovation pertaining to intelligent robotics, tele-presence and haptics (tactile feedback) technologies are presented in this talk.  Robots powered by haptics and Artificial Intelligence will justify their co-existence better with their human counterparts playing a major role to have the overall control of situations whilst being removed from performing dirty, dull and dangerous type tasks. This presentation will cover the background research and also the importance of haptics in robotics and tele-operations and on how they can play a major role in many applications.

Biography: Saeid Nahavandi received a Ph.D. from Durham University, U.K. in 1991. He is an Alfred Deakin Professor, Pro Vice-Chancellor, Chair of Engineering, and the Founding and current Director of the Institute for Intelligent Systems Research and Innovation at Deakin University. His research interests include modeling of complex systems, robotics and haptics. He has published over 1000 scientific papers in various international journals and conferences. Saeid was the recipient of the 2021 Researcher of the Year for Australian Space Awards, Australian Defence Industry Awards - Winner of Innovator of the year (2021), The Essington Lewis Awards, Australian Engineering Excellence Awards - Professional Engineer of the Year (2022) and Clunies Ross Entrepreneur of the Year Award issued by Australian Academy of Technological Sciences & Engineering (ATSE) in 2022.

Abstract: Everything in nature changes with time is eternal and absolute, while stationary is only relative. Inspired by this fundamental law of nature and based on the neurodynamic approach, Dr. Zhijun Zhang designed and proposed a varying-parameter recurrent neural network. Various forms of varying- parameter recurrent neural networks are designed and derived, and it is theoretically demonstrated that the network has the property of super-exponential convergence in solving time-varying problems and robot motion planning problems. In solving noise-containing problems, this model can effectively suppress noise and has obvious advantages over similar methods. The network model can effectively overcome the limitations of the existing methods in terms of slow convergence and weak robustness in solving time-varying, nonlinear, underdetermined, and multi-solution problems of robot systems in complex environments, and has the advantages of high solution accuracy, fast error convergence, and robustness. In practical systems, this method can be applied to robot motion planning, natural human-robot interaction and flight controller design and many other aspects.

Abstract: Now-a-days, robotic culture rules the universe with a centric effect in humane. On the other hand, machine learning played a vital role in increasing the number of applications in robot’s design. Machine learning enhances physical and logistical data patterns with dynamic interaction and avoidance of pitfalls to maintain productivity in soft robotic applications such as soft sensors and actuators. Whereas, soft robots such as wearable soft robots, prosthetic limbs, and origami muscle robots and so on have some issues and limitations in modeling, calibration, and control, when compared to rigid robots.  Now, an analysis of different machine learning approaches and various implementations on different soft robotic applications are presented.

Biography:Prof. Raja Sarath Kumar Boddu (https://www.rajaboddu.com/), presently working as a Professor, Faculty of Computer Science and Principal at Lenora College of Engineering (http://www.lce.ac.in) with 21 years of experience in Engineering Education and ratified my services in the cadre of ‘Principal’ by JNT University, Kakinada. I have authored 5 books Computer Science and published 50 research papers. I have invented 7 Computer Science patents. I did, PGCBA (Post Graduate Certificate in Business Administration) from IIM-V (Indian Institute of Management – Visakhapatnam) in Business Administration, Ph.D. and Master’s from Andhra University in Computer Science, Visakhapatnam. I have supervised 16 PG and 10 groups of UG dissertations and I am a frequent speaker at international conferences and travelled to 4 countries on research work.

I am a Fellow of IEI(India), Senior Member of IEEE and ACM, and Life Member of IETE, ISCA and CSI. Further, I am an Editor, Reviewer, Researcher, Programmer, Keynote Speaker, Innovator, Mentor, Patent Holder and Administrator and recipient of ISCA Best Research Paper and Vignan Prathibha Puraskar and several meritorious awards.